I elected to spend my 33rd birthday camping in the South Colony lakes area, and climbing the 14er Humboldt. We met up at the lower 2wd trailhead and made the bumpy but uneventful drive to the upper trailhead. The drive took about 20 minutes. We arrived at the upper trailhead around 10AM on Friday morning. We promptly deployed some mothballs (to ward off marmots / porcupines), and readied our packs. The upper trailhead has 3-4 nicely developed campsites. The sites have a flat tent platform and a steel fire ring with grates. There is one site that is maybe .10 of a mile down the trail just across the bridge. There are also at least a half dozen good dispersed sites along South Colony Road. At the trailhead there are no trash or toilet facilities. When we signed in at the register there was a poster saying that they were going to start charging a $20 fee for using the area in the near future so you may want to check the status of that before heading to the trailhead.

The hike up the old 4wd road was pretty easy we took our time and enjoyed the beautiful surroundings. At approximately two miles we hit the “shortcut trail’ that is marked as a pack trail on topo maps. There is a sign here although I think it is a bit misleading. The sign indicates that the trail leads to upper lakes / Humboldt. You can also use this to access the lower lakes and Crestone Needle.
We started seeing campsites somewhere around 3 miles in we decided to keep hiking as we wanted to camp near the upper lakes. We hiked around and surveyed over a dozen good sites before settling on this one. We picked it because it was sheltered / private, yet had good views with access to water. There are a lot of good sites up there however; many of them almost have a campground feel as they are well developed and quite close together. 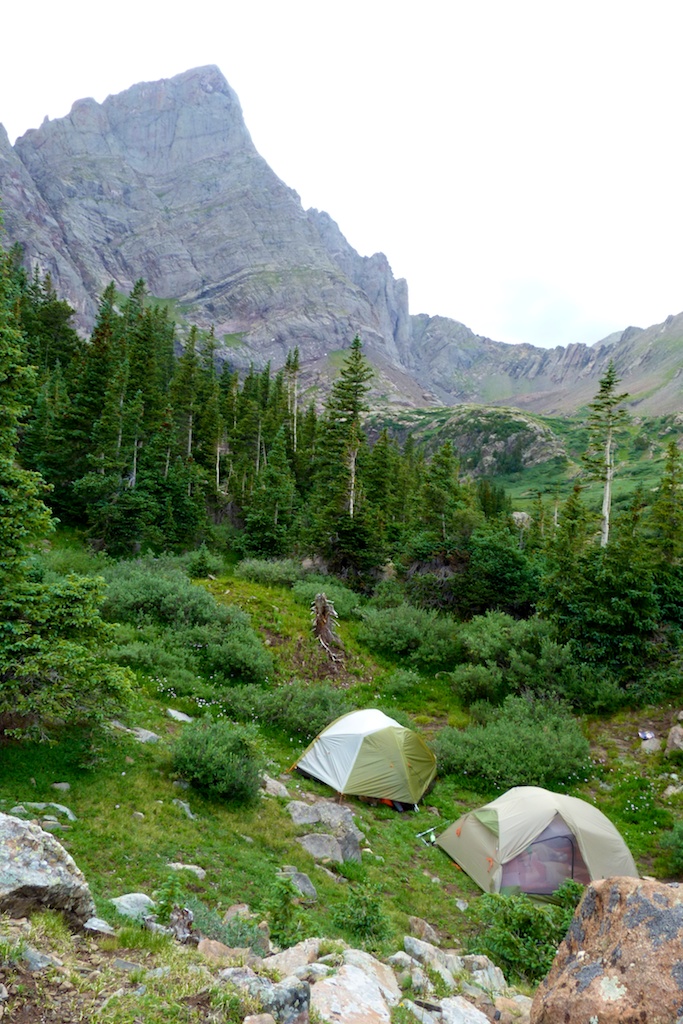 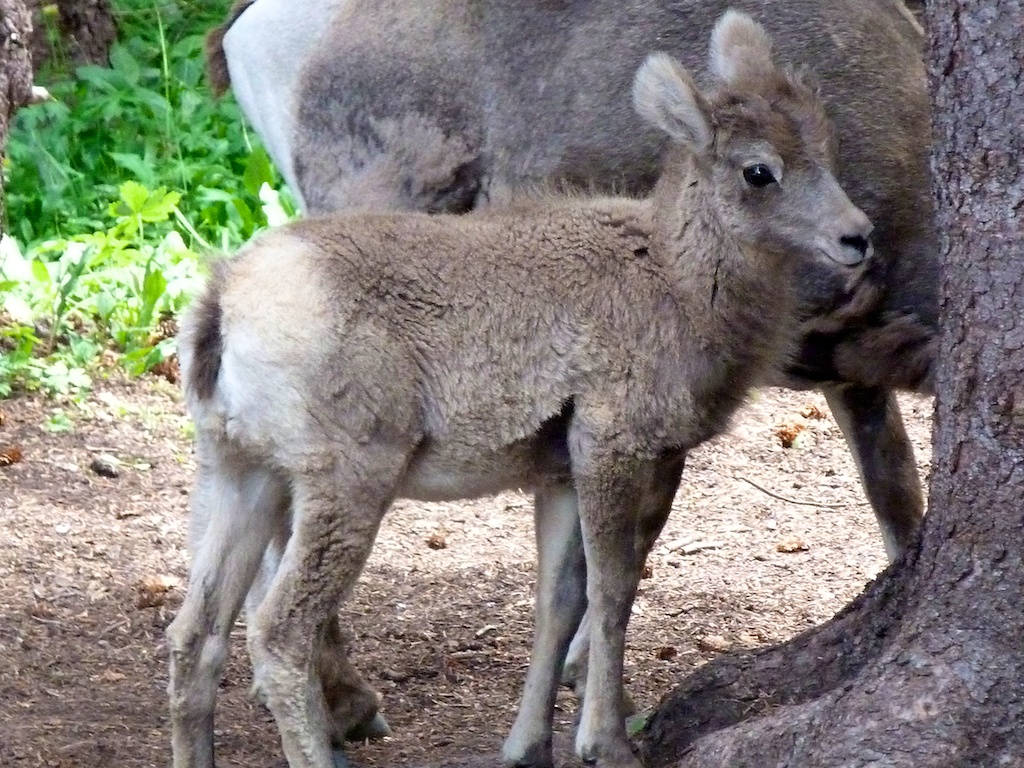 While hunting for a site I ran across a heard of bighorns including a baby. They were scavenging around someone’s campsite.

We spent the remainder of the afternoon lazing around camp. A couple of thunderstorms blew through in the afternoon. Wow they really move in quickly up there, and the needle blocks your view to the west where they come from. By the time you can see the clouds you have 15 minutes until it is over you.
We turned in early so we could get good nights sleep. Although our camp was hidden from view of other campsites we could hear nearby campers enjoying campfire conversations. At 4:30 AM my slumber was rudely interrupted by the marimba sound emanating from my iphone. As I fumbled around in my tent pocket to snooze it, I could hear the wind blowing hard in the trees above us. We decided we would sleep for another half hour and see if the wind would die down. Reluctantly we extracted ourselves from the warm sleeping bag around 5AM. I went down by the creek and snapped couple of pictures of the Needle as the glow of the pre dawn sun warmed it.

We hit the trail around 6AM. The wind had died down and it looked to be a near perfect day for hiking. I noticed the needle reflecting in the creek below the lower lake. The contrast was to high to get a good picture (this would be a great spot for an alpenglow shot)

Soon we passed the upper lake and the trail steepened as it began to climb the saddle. As others have noted the CFI has really done nice job improving this trail. I can’t imagine how much work it took to place all those steps. On the way up the ridge we passed some nice wildflowers. They were a couple weeks past prime but still very pretty.

We took our time enjoying the view from the trail. We reached the saddle and took a break around 7:20. We got our first views of North Colony lakes here. There was a little wind, but less than I expected.

After leaving the ridge the trail gets even steeper and rougher. I stowed my trekking poles as they were just getting in the way at this point. The trail to the false summit soon turns into a fun scramble over a large boulder field. Really the only thing to be careful of here is the occasional loose rock. There are cairns marking a pretty easy route through the boulders, but there are endless options of class two routes. Really you just need to meet up with the ridge line on the other side of the false summit. Angela was somewhat freaked out by the scrambling and so we took quite a bit of time making it up to the ridge.

As we reached the home stretch we paused to get some pictures of Humboldt’s impressive north face. A group of four that passed us on the saddle stopped to say hi as they returned from the summit (We had only seen one other group all morning) 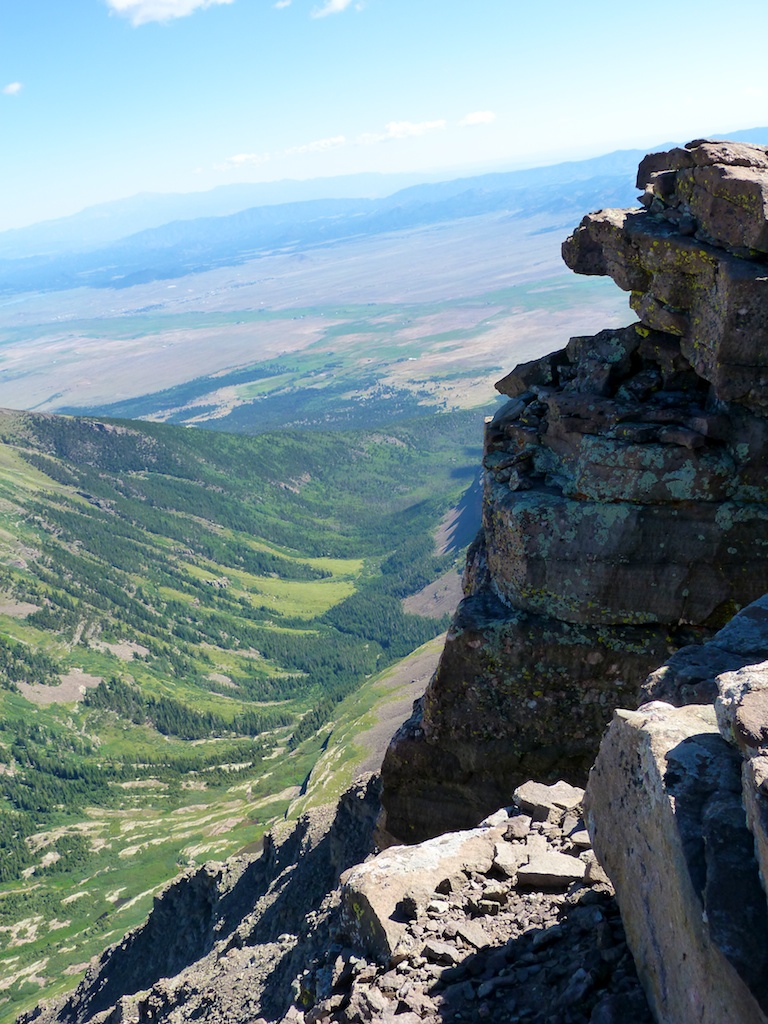 From the false summit there was a short scramble to the summit. The summit of Humboldt was quite large and had a nice wind shelter. The weather was PERFECT hardly any clouds and dead calm. We shared the summit with a few marmots and pika that came to help celebrate Erik & Steph’s first 14er summit. 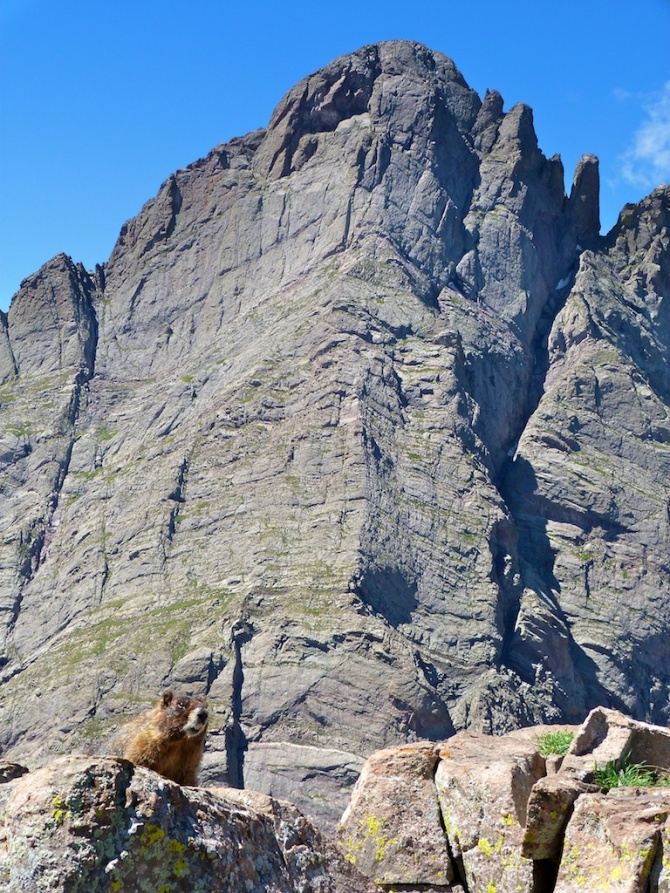 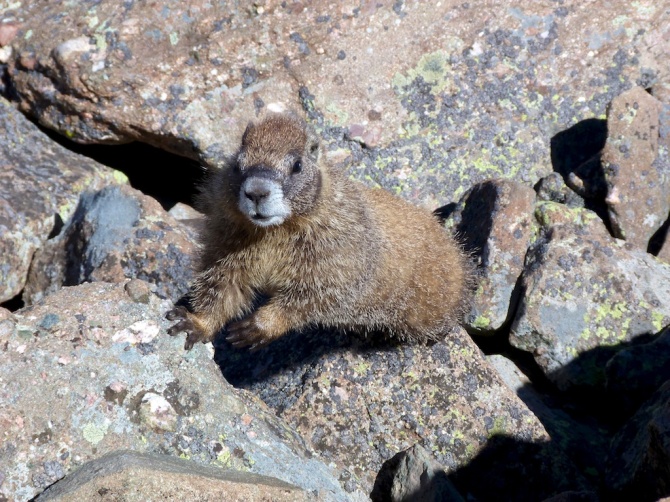 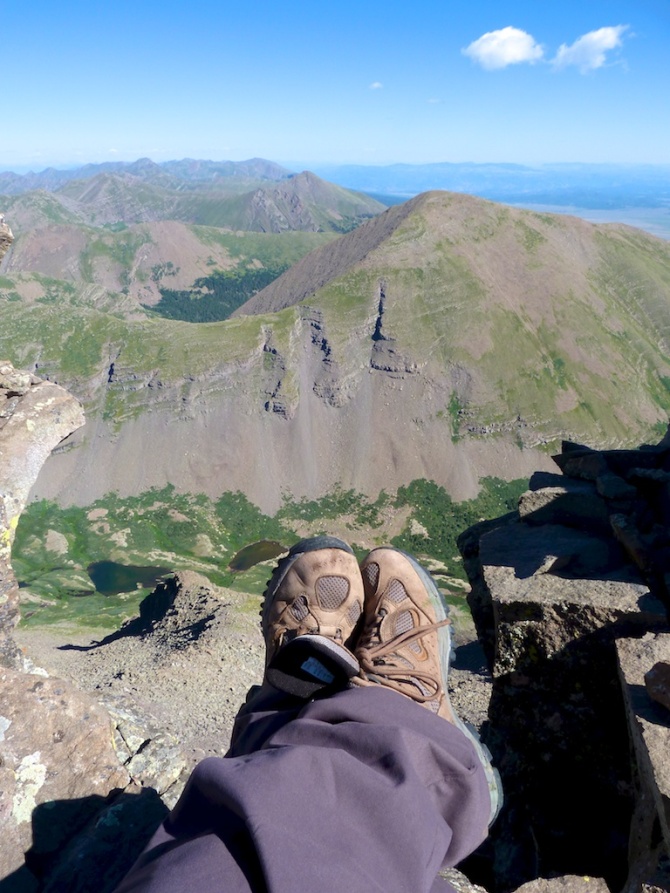 The return trip was relatively uneventful. We made good time although it seemed like a longer hike on the way out. We passed 3-4 more groups making their way up the trail

Upon reaching camp we traded in our hiking boots for sandals and headed up to the lake to eat lunch and fish. We enjoyed a lazy afternoon at the lake, and an evening around the campfire.

There were fewer people camping at the lakes Saturday night.
After a great nights sleep we packed up the tents. As we were packing a few big horn sheep showed up to bid us farewell. Sad that the weekend was already over we waved goodbye to Crestone Needle who had stood guard over our camp. We reluctantly shouldered our packs and forced our aching quads to make the 3.5 mile hike back to the cars. 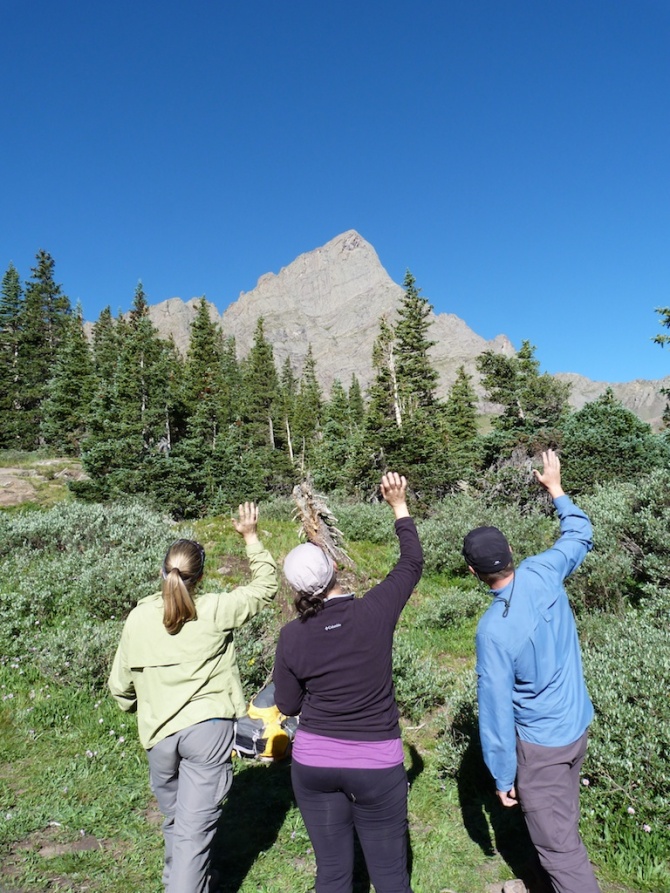 This was just a spectacular weekend. It is impossible to even come close to capturing the beauty and grandeur and beauty of this area. I look forward to one day returning to tackle the harder peaks in the group.

One thought on “South Colony Lakes and Humboldt”